The Scottish Government’s Coronavirus Scottish Parliament 2021 election guidance has been updated, with doorstep canvassing now permitted in all 32 Local Authorities.

India has been added to the red list of travel countries, with travellers from India to be subject to additional restrictions when arriving in Scotland.

There has been an accelerated easing of COVID-19 restrictions (more information in the 'Change to restrictions' section below).

Finance
Local Government continues to help individuals and families by ensuring financial support is delivered directly to those most in need. At Special Leaders on Friday, April 16, Leaders agreed the recommendations of the Settlement & Distribution Group on additional resources for Local Authorities to continue to administer the Self-Isolation Support Grants (£500 payments made to those who are on low incomes and are required to Self-Isolate).

Change to restrictions
The Scottish Government has published updates to the Covid-19 local protection levels.

The Scottish Government’s ‘I’m Not Giving In’ campaign has been updated to reflect changes regarding travel guidance and meeting with others outdoors. 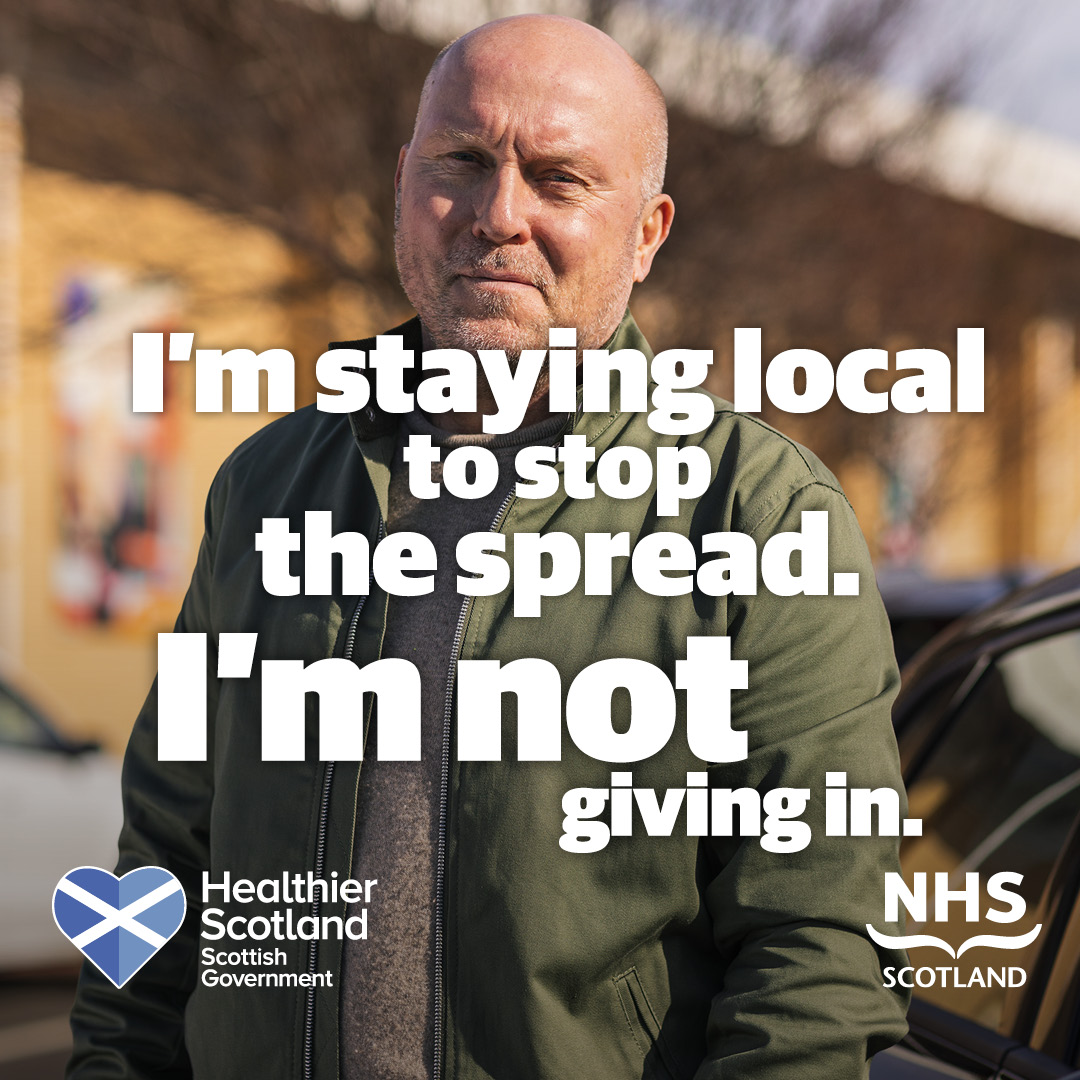 Key messages include:
*Travel within Scotland to meet outside is allowed but overnight stays are not yet allowed.
* In mainland Scotland, 6 people from 6 different households, plus children under 12, can now meet outdoors. Indoor meeting isn’t allowed yet.
* To stop the spread, we all need to stick to the guidelines.

More information is available at https://gov.scot

Scottish Parliament Elections
With Scotland going to the polls in under three weeks, and the campaign getting back underway – COSLA has said that Local Government must be an election priority and called on the political parties to make it one.

A statement was released on Monday (April 16) from COSLA President, Councillor Alison Evison.

She said: “Scottish Local Government plays a vital role in the lives of people within our communities and this has never been more needed than in this past year.

“We have not heard much about Local Government in this year’s campaign so far and that is disappointing.

“COSLA has already called on all political parties to acknowledge the rightful role of Local Government in their manifestos ahead of this year’s election.

“Local Government is the anchor in our communities with a committed workforce who are invested in their communities and take pride in supporting people through good times and bad.” 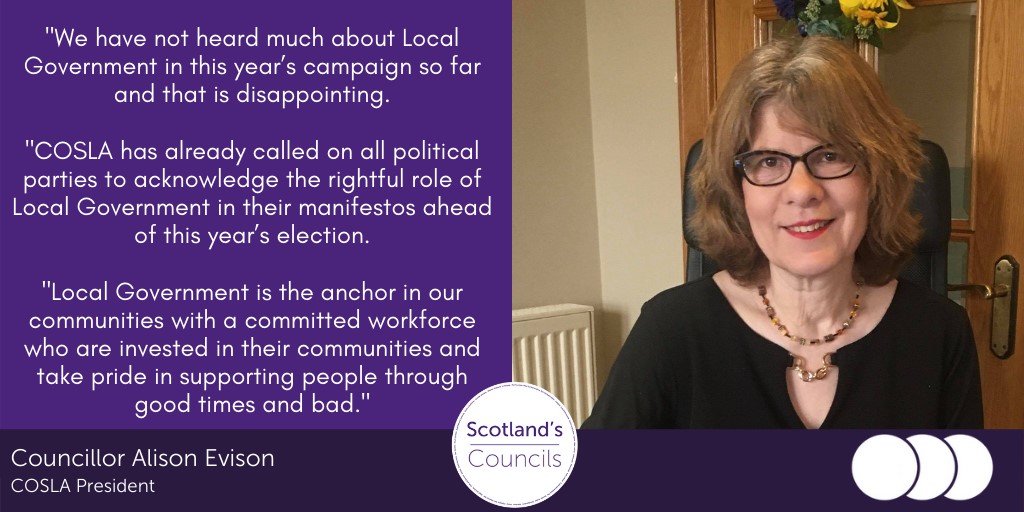 COSLA Blueprint
With the manifestos for the election being released this week, please take a look at the COSLA Blueprint – our plan for Local Government to build an ambitious vision for Scotland’s future: one based on the empowerment of people & communities. 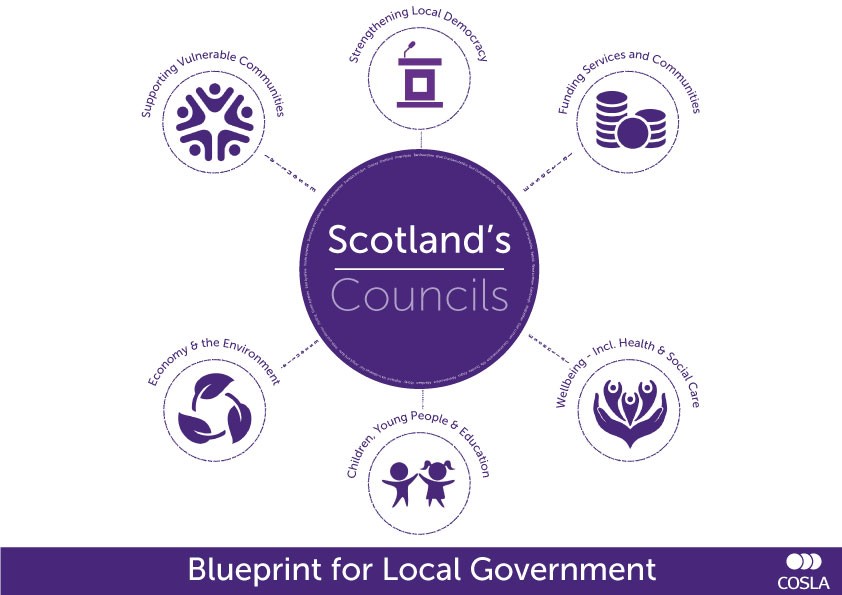 The new section on our website features examples of the Blueprint in action from Scotland’s Councils. These will be shared through our social media accounts over the coming weeks.

Return to School
Members will be aware that following the Easter Holidays all pupils have returned to secondary schools full time. Later this week the guidance on reducing the risks from COVID-19 in schools will be updated to reflect the different heath protection levels that will be in place from April 26.

Additionally, the SQA published a communication on April 13 on behalf of the National Qualifications 2021 Group setting out further information on stage 2 of the Alternative Certification Model and providing greater clarity on how best to support children and young people towards certification in the weeks ahead.

This was followed by a series of graphics promoting key ‘Safer Return’ messages, with one being released on COSLA’s Twitter account each day. 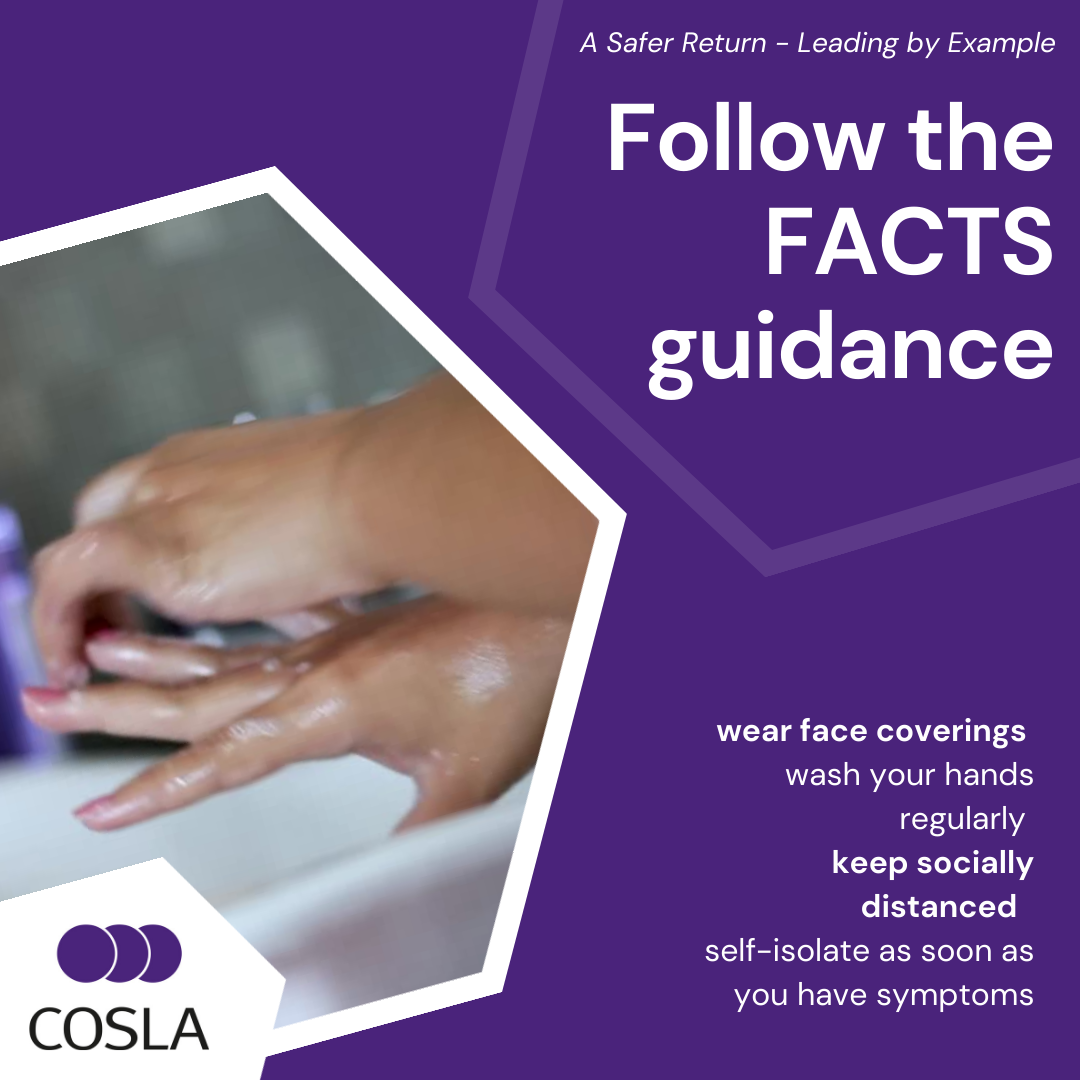 myjobscotland
The myjosbcotland team has continued to provide value for all Councils and their customers throughout the pandemic and has created a series of graphics and compiled information about the service over the past 15 months.

There have been many areas of efficiency that come from Councils using myjobscotland's management tools that help managers and HR staff perform their tasks quicker. For example, video questionnaires can be added easily to facilitate a quicker selection process; and councils can now create a contract for a successful candidate and issue via email.

Fact Friday
COSLA has been running a ‘Fact Friday’ social media campaign to highlight the varied range of services provided by Local Government in Scotland.
A series of animated graphics have been produced and will be shared each Friday via our Twitter and Facebook accounts. 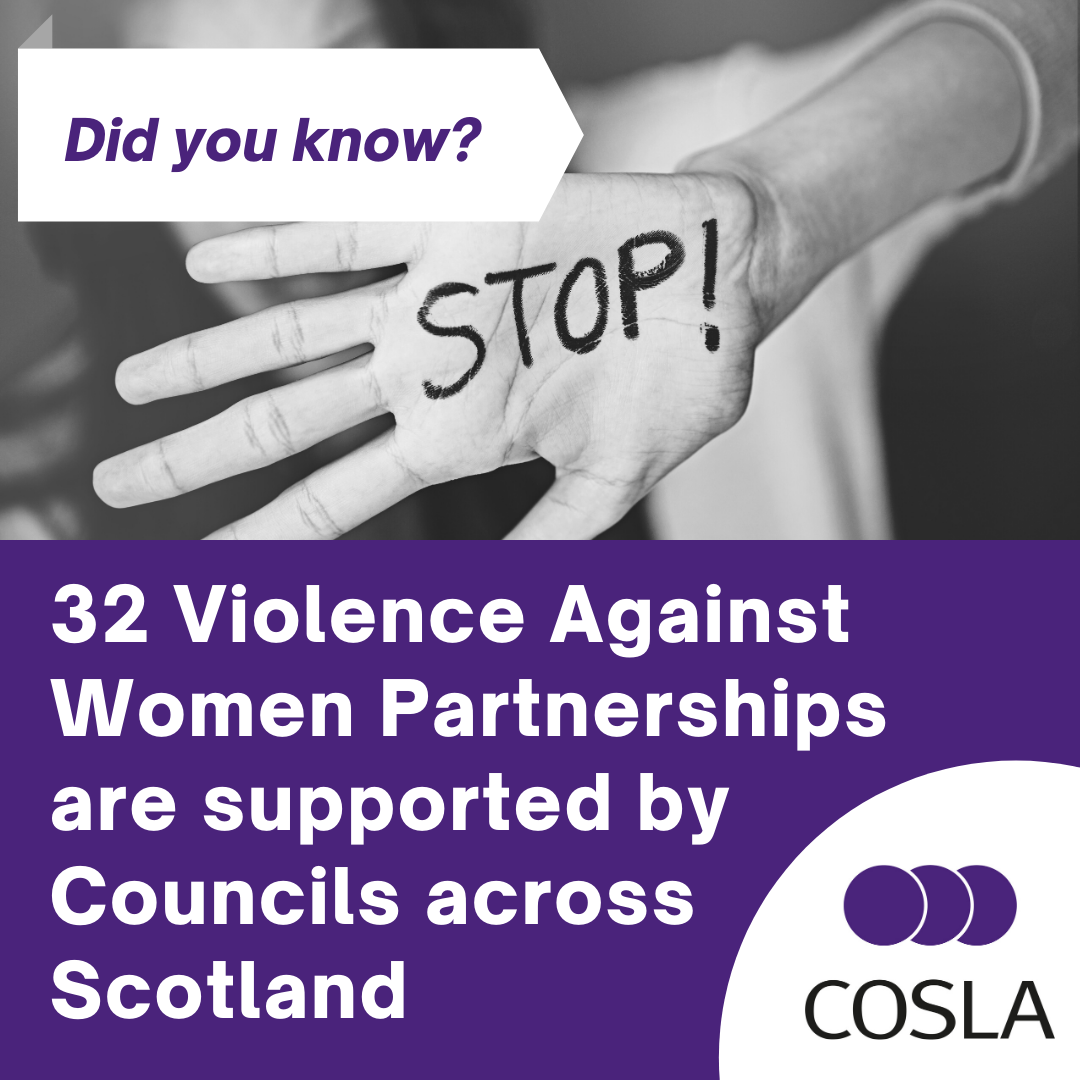 In the latest edition of their Scam Share Bulletin they outline scams which have been reported by consumers across Scotland, including those related to the COVID-19 outbreak.

There is some very useful information for local communities, covering issues such as DVLA and National Insurance number scams, investment scammers and fake reviews for online stores.

Business Gateway
Last week saw the successful launch of the first of Business Gateway’s Back to Business Webinars. This first one was on reopening retail and had over 160 attendees. We were delighted to host Brian Lawrie, Society of Chief Environmental Health Officers of Scotland; Susan Love, Federation of Small Businesses and Ewan MacDonald-Russell, Scottish Retail Consortium for what was a useful and informative session.

As per last summer, we will be running a series of these focusing on the key sectors that are reopening with the next one looking at the food / drink / hospitality sectors. This will take place on Friday, April 23 with panellists Denise Hill, VisitScotland; David Thomson, The Food & Drink Federation Scotland and Brian Lawrie, Society of Chief Environmental Health Officers of Scotland.